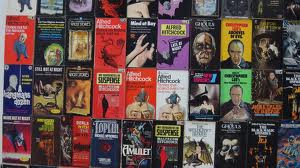 Horror fiction, horror literature and also horror fantasy is a genre of literature, which is intended to, or has the capacity to frighten, scare, or startle its readers by inducing feelings of horror and terror. Literary historian J. A. Cuddon has defined the horror story as "a piece of fiction in prose of variable length... which shocks or even frightens the reader, or perhaps induces a feeling of repulsion or loathing.It creates an eerie and frightening atmosphere. Horror is usually supernatural, though it can be non-supernatural. Often the central menace of a work of horror fiction can be interpreted as a metaphor for the larger fears of a society.

The genre of horror has ancient origins with roots in folklore and religious traditions, focusing on death, the afterlife, evil, the demonic and the principle of the thing embodied in the person. These were manifested in stories of witches, vampires, werewolves, mummies, and ghosts.